How To Read Tarot Cards

How To Read Tarot Cards

Although it is not an unfamiliar sight to witness the drawing out of cards from a deck of 78  during a Lotus Tarot Reading to advise on problems ranging from relationships to career success, most people find it difficult to imagine doing the actual tarot card reading themselves. But the fact is that Tarot is now out there available for everyone to experience and learn Tarot.

Although having a Tarot practitioner analyzing the symbols of the cards drawn is certainly an enchanting experience and probably “less risky,” a few of today’s Tarot lovers purchase their own decks and begin learning how to read Tarot cards with the  help of manuals or mentors.

Starting to learn anything new is always a daunting experience and especially when one considers learning how to read Tarot cards can seem a bit odd to say the least. This is probably the case because Tarot is associated with fortune-telling and future is the thing that excites human imagination the most. But an online tarot reading can in fact take people into a better understanding of the past and the present, assisting many to decode daily problems, and issues.

How To Read Tarot Cards To Better Know Yourself

Living in the information age, it is actually only logical to seek more information, on any given situation, before having to make a decision on the subject of interest. Interestingly, the tremendous potential and effect of a accurate tarot reading relates to self-realization. That notion is probably less realized by those who wish to receive a Lotus Tarot reading, but in the end, this is where they are in fact led. 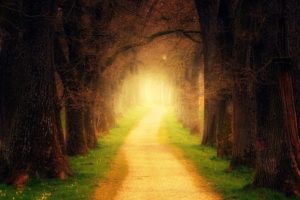 Most often regarded as a method of predicting the future, an online tarot reading is much less considered as a method to better understand oneself. But, if you are interested in learning how to read Tarot cards, it is best if you keep in mind that you should do it primarily because it is one of the most effective methods to begin knowing thyself.

Since the Tarot cards have numerous different meanings depending on the order they are drawn and placed in relation to each other in the Tarot reading spreads, many people quickly give up the effort of learning to read them. But experts claim that learning the meaning can be an effortless process, as well as rewarding and enjoyable.

One of the simpler methods existing to learn Tarot is through meditation. As practitioners reveal, simply begin by picking up a card from the deck and “study” it for some time. You can always look up a guide for its “official” meaning, but the important thing here is to realize what the card you picked means to you.

If the card suggests a positive career development, for example, it does not matter if in the Tarot manual symbolizes something entirely different. As long as it means this to you, it will always mean that when it comes up. As readers put it, “the card responds to you, not the other way around.” 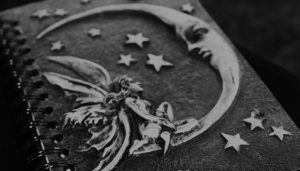 By picking at least one card every day, you will slowly but surely familiarize yourself with the Tarot deck in a natural easy way and learn how to read tarot cards. Keep notes and later read the Tarot manual to check how close your guessing was to the “original” meaning. The important thing here is to concentrate on the cards and let their images be “absorbed” by your brain.

Ask questions and give answers to yourself in relation to the pictures you see and the story that the card is trying to convey. Remember that it does not matter how close to the “true” meaning you really are. What matters is how easily you will remember your original thoughts when you draw the same card later during this familiarization procedure.

In less than a month you will be able to learn how to read tarot cards by associating the cards together and “translating” their meaning. Remember that this is a game to learn better by yourself and how you react to a given set of variables. Then Tarot will be a fun experience to devote some time alone or with your friends.

How to Read Tarot Cards – The Basics

The tarot deck of cards, usually 78 in number, is divided into two separate categories, the major and the minor arcana (arcana from the Latin meaning of closed or secret). There are 21 individual cards, referred to as trumps, and the fool card, in the major arcana.

The minor arcana have 56 cards consisting of 10 cards numbered from Ace to ten in four different suits. In a traditional tarot deck of cards, the suits include batons, wands, rods, or staves; cups, swords, and coins, disks, or pentacles. In addition, there are four court cards, or face cards, in a tarot deck, including the page or knave, queen, knight and king in each of the same four suits.

One of the most interesting cards in an accurate Tarot reading is the Fool. He represents both the number 22 and zero. Twenty-two completes the cycle or journey of the major arcana, whereas zero represents the god of force, a symbol of our unlimited potential. A circle, therefore, has no end but continues on and on, a symbol of God and infinity. The bright sun above the Fool is a sign of energy that melts the snow on the mountains, bringing life and nourishment to those below.

In addition, there is more significance to the Fool card in the tarot deck, such as the bag representing memories, the eagle for aspirations, the white rose for purity, and the dog symbolizing the eventual course of evolution. 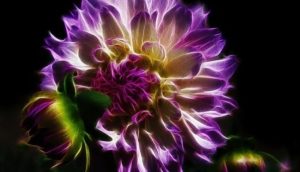 The number two card, the Magician, signifies the conscious mind or the ability to control from above what occurs below by the wand, the cup, the sword, and the coins. Thoughts of passion and desire are held in check by the wisdom and purity of the Magician. The High Priestess, the subconscious mind, reflects a balance or impartiality between the light and dark pillars, the two opposites of male and female. Her knowledge and experience provide the proper and wisest course of action in the link between the conscious and the subconscious.

An older version of the Magician is the Emperor, the ruler who controls the system needed for effective management of thoughts and desires. The Empress in a tarot reading is simply an indication of time. It represents the 12 signs of the zodiac, an indicator that eventually all thoughts and aspirations will become realties.

Another interesting card in the tarot deck is the Hierophant, the teacher or our inner self. The Hierophant makes decisions based on reason and intuition, which he has gathered in the cycle of life through experience and wisdom.

The Lovers card symbolizes relationships and partners, the compatibility of male and female. In this card, the woman is the subconscious, the male is the conscious mind, and the angel above them represents the superconscious. In time the female gains the wisdom and inspiration to give to the relationship, raising it to a spiritual level.above the physical or materialistic world. Our will is controlled through strength and driven by the Chariot.

The Hermit might well be considered the creator; he stands alone above the rest simply by virtue of his wisdom and success. The lantern he holds offers enlightenment for those who would follow. Furthermore, the Wheel of Fortune reveals to us who we really are and Justice corrects the mistakes of our past and makes them right.

Interestingly enough, the Hanged Man is upside down, the way that others see us in contrast to the way we really are. In the cycle of life, the tarot deck includes the Death card, for death must come to everyone. However, the meaning of Death in an accurate Tarot reading is a transformation and rebirth of consciousness to a higher level.

In addition, the Temperance card depicts an angel, with one foot in the water and one on the earth. Similar to the High Priestess, she too balances wisdom and introspection with desire and doubt, further solidifying the link between the conscious and the subconscious. The Devil card symbolizes the lies and misconceptions we may encounter on our journey. Eventually, however we will reach the Tower with its bolt of lightning, an indication that we have achieved true knowledge and understanding.

The major arcana also includes the Star, often presented as a woman who takes from the pool of knowledge and relays what she has learned to the five senses of man. The Moon card represents our spiritual evolution from creation to creator. The tarot cards also emphasize the importance of the Sun for light and energy and the Judgment needed for an understanding of the link between the universal conscious of man and humanity. 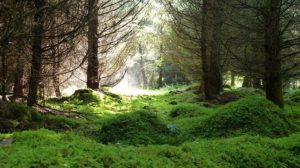 A final card in the major arcana is the World, which represents in a tarot reading our place in the unending cycle of life, in relationship to an unchanging Universe.

The four suits of the minor arcana portray the various material aspects of life and the numbers, as interpreted through numerology, indicate the strength of the vibrations in each card. In the suit of wands, we see the realm of spirit, ideas, ambition, and growth in the fire, club, and creative cards.

Our desires and feelings, not outwardly apparent, are reflected in the suit of cups by heart, emotions, and water. In the suits of swords, spades, air and intellect, the cards symbolize the struggles to bring ideas into reality. The final desired result is found in the suit of pentacles, where diamonds and earth represent the completion of the link between the conscious and the subconscious.

There are many types of tarot decks of cards, in a variety of styles, shapes, and number; however, their interpretation is basically the same in every deck. The reading of the tarot cards may prove fascinating to study. The tarot provides great pursuit for an occultist, or if you believe in the supernatural, or if you are simply curious about life and its ups and downs, and such aspects as love, career, and success. If you’re seeking insight into the past, the present, or the future, perhaps you’ll find it in an online Tarot reading. 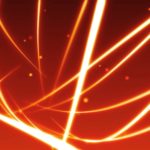 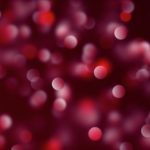 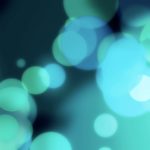 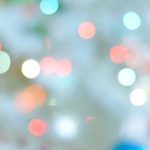 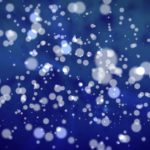 Law of Attraction How To Manifest